Home BeautyShining Bright like a Diamond: On the Track, TV & CEO Chair 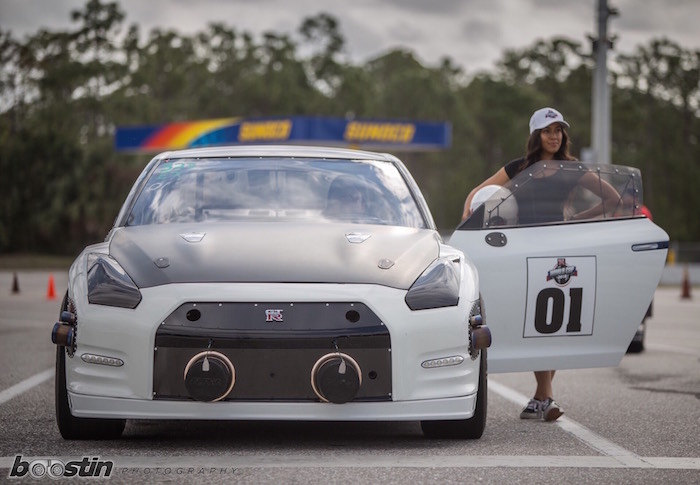 Diamonds are effortlessly beautiful, tough and a symbol of achievement. Sounds a lot like May Fiorentino.

From co-creating Driven Jewelry, a diamond collection designed for car enthusiasts, to being a star on one of Amazon Prime’s hot, new shows ‘Road Kings’, Fiorentino is on track to inspire women in the automotive industry.

Growing up the only girl in a household of boys, she says it’s often assumed that is where her passion comes from.

“It has nothing to do with it!” Fiorentino exclaimed. “Cars were always “my thing”. My mom never understood it and my brothers didn’t care much for it. My dad used to drag race when he was younger so it must have came from him.”

Throughout high school and her first jobs at a BMW dealership and tinting company her passion for automotives only grew, making her into a business owner enthralled in the industry. 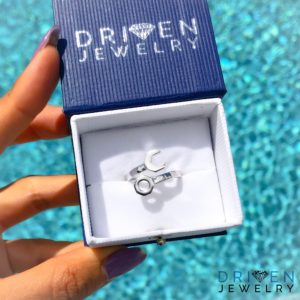 “Driven Jewelry is designed for car people by car people!” Fiorentino shared about her company.

She and her boyfriend, Gidi Chamdi, who is a diamond wholesaler, wanted to create something together that represented them, what they love… and they knew it had to be car related.

The line is racing/car inspired jewelry for both men and women, created with 18k white, yellow or rose gold with diamonds integrated into each piece. 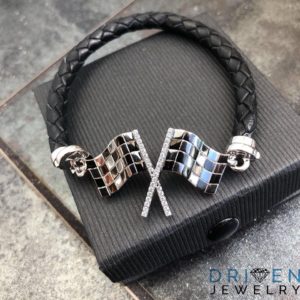 Fiorentino may be explaining her customers, however it actually is a definition for herself as well.

Although she works in the industry, she is incredibly passionate about supporting others in it, especially her significant other, Chamdi.

Both Chamdi and Fiorentino star in Amazon Prime’s ‘Road Kings’, ‘a documentary series based on the life of three wealthy entrepreneurs whose real passion resides into car racing’.

They are followed around the world attending different racing events, with the ultimate goal being to beat world speed records.

Chamdi achieved that goal by owning and driving the first Nissan GT-R to ever make a 6 second pass, which is Fiorentino’s favorite moment. 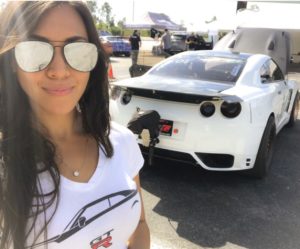 “Chamdi launched the car and zoomed down the track to the end,” Fiorentino shared.

“The timing equipment took a few seconds to display anything and these few seconds seemed like HOURS! The timing popped up his MPH first, which was 193 mph. Then the time popped up on the board right after: “6.93”.  I jumped to the moon at that moment! The whole crowd of thousands and all of the watching competitors were jumping, screaming, smiling and yes, even crying. For us car people, it was a moment to go down in history.”

“Our team was so proud of the achievement created by us all because it felt like everyone had a little piece in that “6.93.” First GT-R to ever make a 6second pass!” She said.

“The greatest part? It’s all captured on various YouTube videos and even on our show, ‘Road Kings’; it’s a moment that still gives me chills and I get to relive whenever I want!”

From on television to the track, even to her store front, Fiorentino shares her passion with cars and is hopeful more women who are passionate about the industry share in it as well. 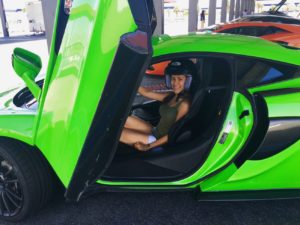 “Women should be true to themselves,” Fiorentino said. “You don’t have to act like it’s something you love if you really don’t, just like you don’t have to hide it if you do love it. I think no matter what gender, the car scenejust needs people who truly resonate with and love that world.”

“Women bring inspiration!” She continued. “Especially if they are racing; I know it inspires me when I see women racing, and I hope to be one of them in the near future.”

We have no doubt we will see her add ‘Race Car Driver’ to her resume soon. Until then, viewers can watch her on ‘Road Kings’ Season 1 Show online; Season 2 is set to be released later this year.